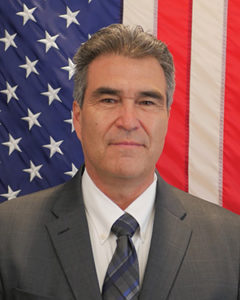 “After 41 years with Local 332, I’m retiring. I’ve spent two-thirds of my life in the IBEW, which I credit for everything that I have accomplished.

It started when I was growing up. My dad was in the IBEW. I never really knew what he did, but we always had what we needed. Looking back, it was the IBEW that helped him provide for our family.

My desire to become an electrician began in 1977. My dad brought home the apprenticeship announcement. When I read the qualifications and expectations, I thought, “Wow! This describes me completely. This is something that I should be doing.”

So, I went down to the old union hall on Stone Avenue and tried to sign up, but I needed a high school diploma. Unfortunately, I wasn’t going to graduate for two more weeks, and sign-ups would be over by then. Just my luck! So I attended San Jose City Community College and waited two years until the next sign-up period. It all went like clockwork: I passed the test, interviewed, and became an apprentice in 1979.

My first job was with a small residential shop that was just starting to do commercial work. The money was great for a 20- to 21-year-old single guy back then. I was making $8.40 per hour and loving it. My, how things have changed!

I went on to do 18 years in the field. I really enjoyed the hands-on work and knowing I was part of making things work, from nothing to turning the lights on. It was a great time, and as a journeyman, there’s no stress. You go to work with one concern: getting the job done.

Another thing I enjoyed about being in the field was the diverse knowledge that the other brothers or sisters would share. We not only worked together, we taught each other. Our strength in Local 332 has always been the way we share information to make our coworkers better. They pass on the knowledge to someone else to make them better. Good training, sharing, and caring about others are what makes the IBEW great. 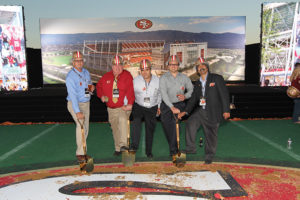 An example of that was one time, as an apprentice, I was having a tough day. The superintendent asked me to go for a ride in his car. We rode around, and he told me this was a good trade and to stick with it. I remember thinking, “Why would this high-ranking superintendent drive around with this lowly apprentice and give me advice?” The only reason that I could come up with was that he cared about the trade, the union, the apprenticeship, and most importantly, me. This simple act by an IBEW brother is what shaped my attitude towards the union. His name was Pete Reyes Sr., and he became my mentor, my friend, and my inspiration. That’s what our trade is all about: the bond of the brother and sisterhood and lifting up the next person.

In 1997, I became an inspector. The best part was being able to stay in touch with all the journeymen. It was nice to see our members out there doing the work. Quoting another inspector, “Where else can you drive around all day long and get to talk to all your friends?”

Soon after, I became an instructor at the JATC. My inspector training my years of field experience wer invaluable to me as an instructor. Teaching code, I was able to dispel a lot of misconceptions. The classes I enjoyed the most were the ones where students would challenge the information I gave them. We would discuss it in depth until we reached a resolution. This usually involved all of the students, so everyone would learn. I had a lot of fun, and I even used some of their arguments when discussing code with other inspectors. 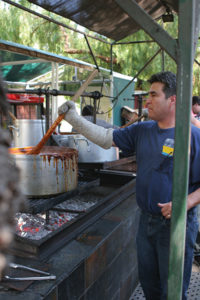 In 2008, I ran for business manager and lost by about 100 votes to Bob Tragni. Soon after, I was asked to be a business agent. I was skeptical about the job and working for the man I had run against. My concerns were unfounded. Bob was a great guy and true to his word. I became a business agent. I credit Bob with getting this administration started.

As an inspector, you find problems and then leave the job site for the crew to fix. But as a business agent, the problems are yours to resolve. I always enjoyed helping out the members to make sure they got a fair shake. I liked ensuring workers were being treated fairly and getting compensated correctly. It was very rewarding to provide representation and be the members’ advocate.

I ran again for business manager in 2017, won, and was re-elected in 2020. My most memorable moments have been building the new JATC and negotiating the biggest raises in the local’s history. I’m also proud of putting together a team of agents who are quite possibly the best this local has ever had. With the right team, we’ve been able to fight harder. Our members know they deserve top dollar because of their skill level and knowledge. Being the highest paid trade in the area means a lot, and it shows the power of our union.

The other thing I’m proud of is that so many members have gotten involved during my time as business manager. The union is only as powerful as the collective – it’s not one man or the elected officers. It’s all the members coming together that gives us our strength.

Now the time has come for others to take the reins. The question is, “What do I do now that the IBEW is not going to be such a big part of my life?” I’ve been getting up at the same time and going to work for 41 years. It’s going to be difficult for me to change. Luckily, the IBEW gives us the ability to continue to stay involved if we desire. I’ll probably stay active as a retiree, but first I’m going to take a few months to a year off before making any changes. The IBEW is like my second family and will always be on my mind in one way or another. 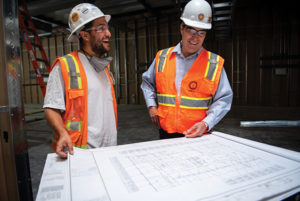 To the young people coming up, my advice is to stay involved with the IBEW and learn your craft. Get all the training you can, because as you go through life, your past accomplishments become your future resources. I know that I’ll be taking everything I’ve learned in 41 years in the local into retirement, and I’ll have plenty of time to contemplate. Good luck to you all, and know that I’m always a phone call away.”