Google Charleston is a once in a lifetime job for IBEW 332 members who work for Cupertino Electric. Using state of the art technology, craftsmanship, and safety protocols, our inside wiremen are building this marquee Silicon Valley tech campus. It’s an architectural wonder, and for decades to come, our members will be able to drive by and say, “We built that, and we built it right.” Hats off to Local 332 members for your amazing work on the project. 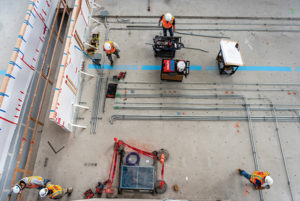 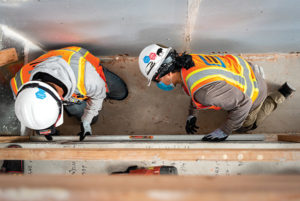 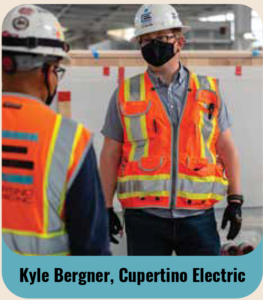 “The craftsmanship has been second to none,” said Kyle Bergner, Cupertino Electric project manager. “Our electricians coming out of the union hall have helped us be successful on this job and have impressed our customer’s world-class design team.

“It’s been neat to see the camaraderie, professionalism, and unity of effort on this job. I came out of eight years in the U.S. army, and like soldiers, Local 332’s electricians have a regimented and uniform set of expectations around their performance. There’s a lot of pride in the product.

“The pandemic has been a hard 18 months, but the electricians stepped up. We were able to get the site back open after a month. In that time, Local 332’s electricians have shown the value of their skill, how hard they work, and their commitment to getting the project done right. I’m proud to work for a union contractor.”

Hector Nuño, 43 Years in the Trades 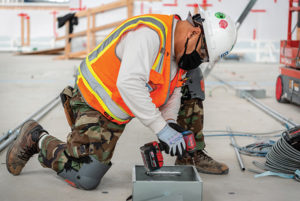 “I‘ve been in the trades for 42 years, both union and nonunion, and have been with Local 332 since 2000. It’s what I’ve been doing since I was a kid, because my dad was an electrician too.

“I got my education in Mexico, and moved here 50 years ago. There are more codes here, and most of the time it’s pipe work, whereas in Mexico, there was more motor control.

“I love everything about being an electrician. It’s always a learning experience, and every day is different – especially at Google Charleston. You learn so much from the other journeymen, and I pass on everything I know to apprentices on the job. The way I see it, we gotta teach these kids, and it’s just part of the job. It’s a joy to do it, and it’s a joy for them to learn. It’s my way of giving back to the union, and those younger people pay for my retirement when I do finally retire.

“I’m going to be 67 this year and was going to retire this year, but I love to work. I can never sleep in – even on the weekends. Eventually I have to retire in the next couple years. I have two classic cars. I’ve finished rebuilding one, and when the other is done, I’ll pull the plug and finally say goodbye to working in the field.” 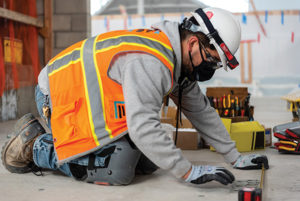 “I was nonunion for four years, then worked a water plant, and IBEW guys encouraged me to get into the union. First I did sound and communication and graduated in 2017, and then I started my inside apprenticeship.

“The biggest difference between union and nonunion is the brotherhood. No one is throwing you under the bus, and people look out for each other. You can also always continue your education and advance your skills. Nonunion it’s just a job, but the union is a career.

“I’ve been on the Google job for a year. I’ve never done raised floor work or a kitchen, so I’m learning a lot. This job goes above and beyond, and it’s the safest shop I’ve ever seen. Some contractors get rough when it comes to gloves or vests. But here, there’s no dollar amount for Cupertino Electric, it’s just about our safety. I have everything I need, and it makes me want to work above and beyond.

“Google Charleston is not just a building. When people drive by ,they are going to admire it. When it’s done, I’ll go to the park next to it with my daughters and tell them I was part of that building. You can feel proud of it.” 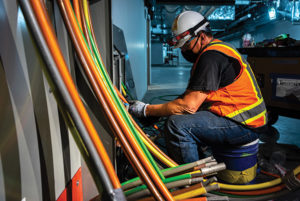 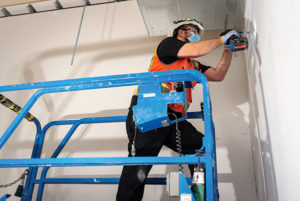 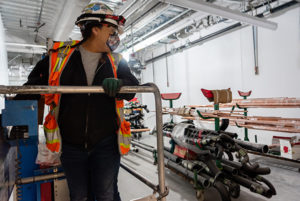 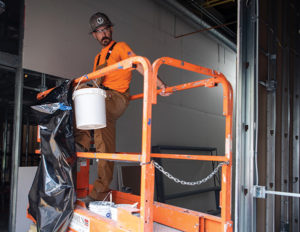 332 Women Members Teach Other Women: An Interview with Kim Davis

From the President: Conduits for Change